It’s not very often you are invited to redesign the website of a national institution so when Glastonbury Festivals asked Pretty Good to look into redesigning their website we were deeply honoured and then the scale of the task dawned on us.

Not only is Glastonbury considered the greatest festival in world but their site contained what seemed to be the greatest number of sections and pages of any festival site on the planet. Reflecting the range and diversity of the festival itself our design needed to be flexible enough to accommodate the various subsections while capturing the overall aesthetics of the festival.

The colour scheme we came up with along with the slightly ramshackle alignment of the navigation items and distressed look of the fonts took their inspiration from the handprinted style of the Glastonbury Free Press, a newspaper that is produced each day during the festival using a tradition mechanical printing press. The other source of inspiration was the art work of Stanley Donwood who is better know for his work with Radiohead and provided the graphic for the header image. 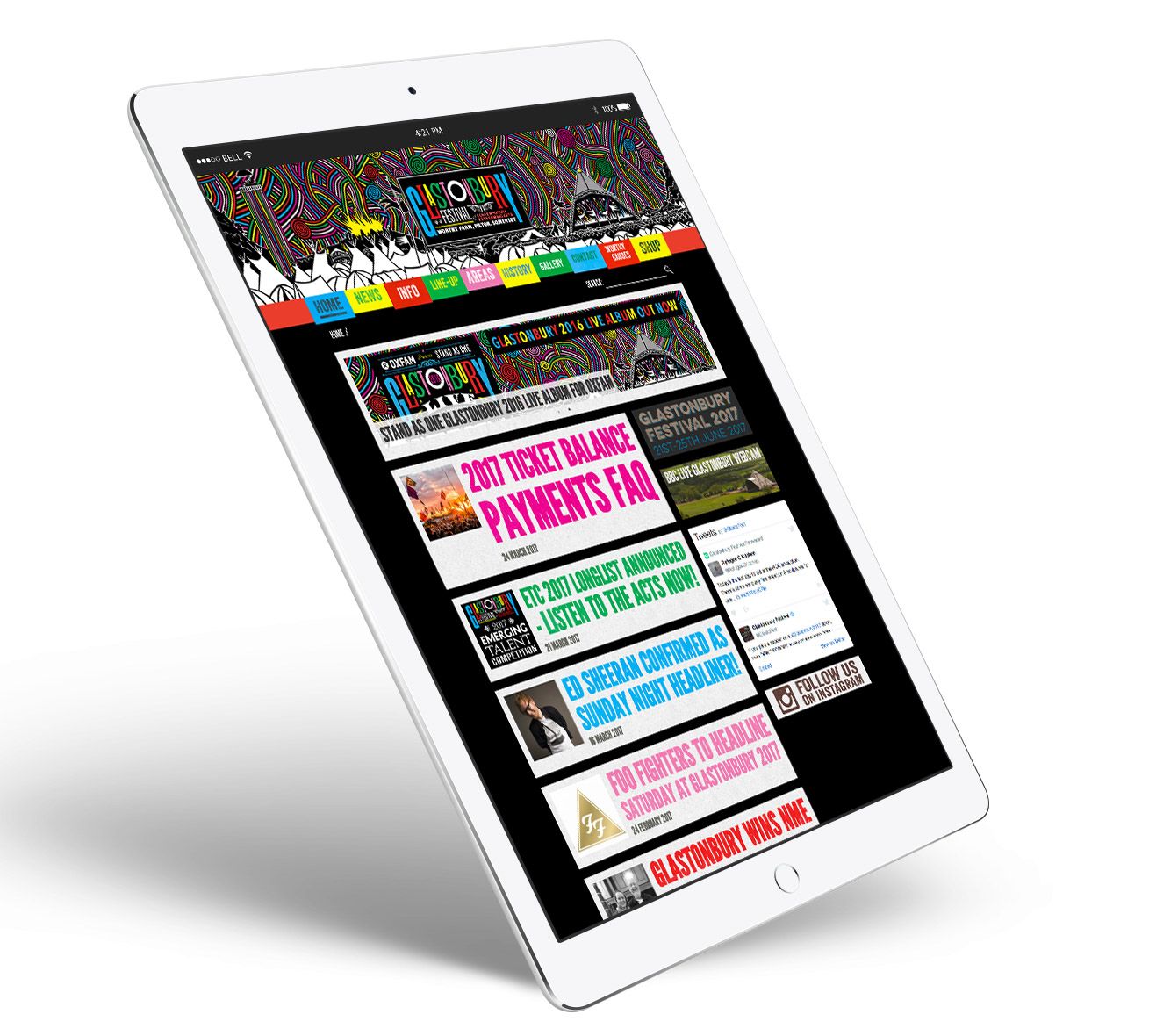