The term Legend is rarely deserved but the untimely death of David Bowie reminded us what a colossal influence he had over music and fashion over the last 4 decades. So when we where asked to build a Spotify playlist generator that spanned his career we where honoured.

Telling the story of Bowie’s evolution over the 28 albums from his eponymously titled debut album, though the Ziggy Stardust years all the way to 2016 Black Star, our web-based app allows users to select their favourite tracks and add them to a custom Spotify Playlist. 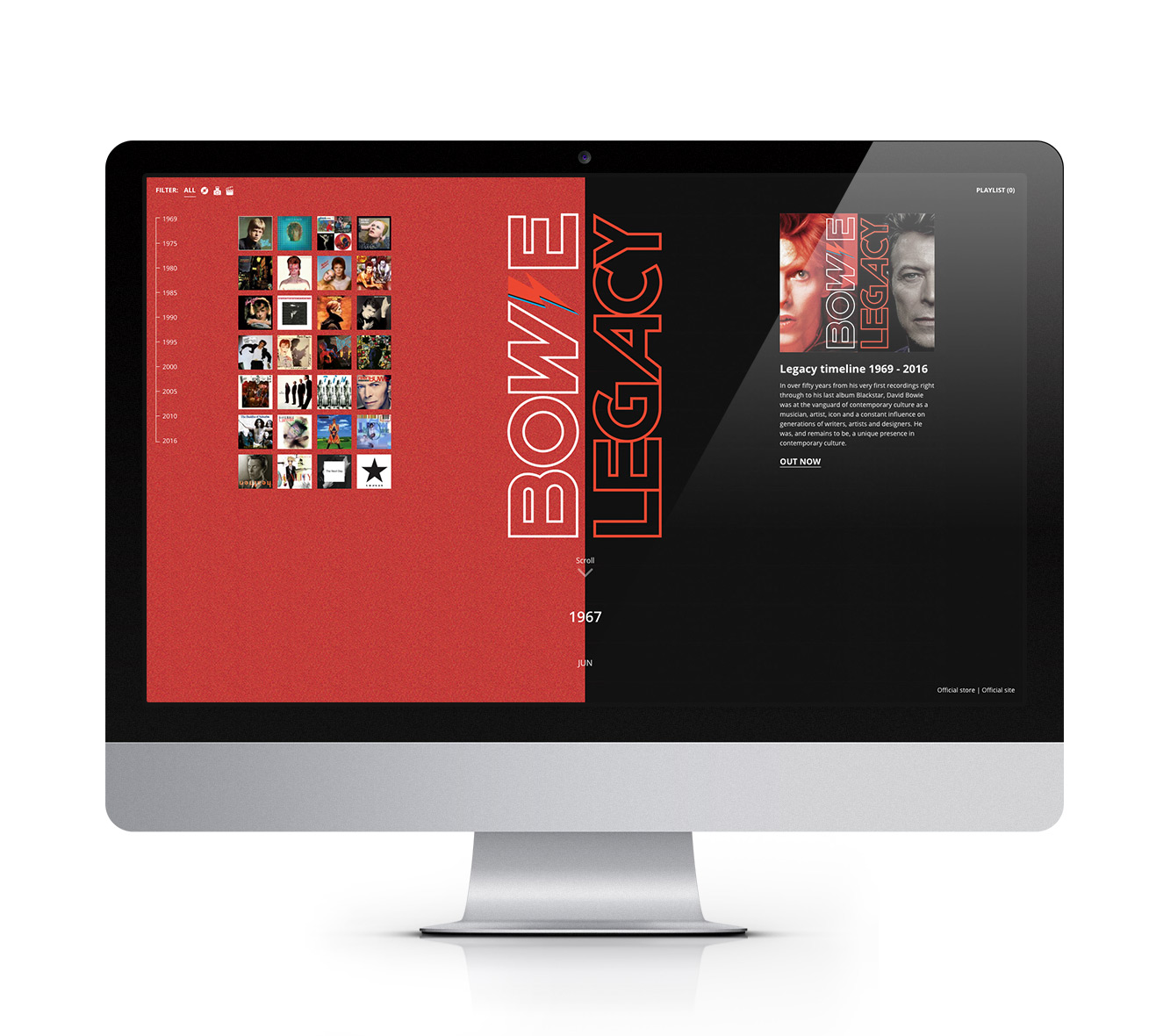