When we were asked in 2012 to create a tumblr for an unknown band called ‘5 Seconds of Summer’ we could never of imagined their meteoric rise to be one of the most successful bands in the world. In early 2013 when 5SOS were on tour with One Direction, we began to see this band take off and we were tasked with creating a fan wall which pulled in imagery and videos via the twitter hashtag #5sosfam. Fans could also upload their location to a world map and it was from the huge success of this campaign that we knew, 5SOS were going to be the next big thing, with over 60 million followers on twitter! Over the last 5 years we have worked across multiple campaigns promoting both single and album releases:

Derpcon – We were tasked to build the campaign site for the forthcoming top secret 5SOS convention in Los Angeles. Fans could win invites to the convention by entering competitions based on their location. As well as the competition mechanic, the site also featured a hashtag wall displaying fans videos and photos. The convention was a great success, and was repeated again the following year, where we created a new site for Derpcon 2.

The New Broken Scene –
A mysterious site where fans were asked to login via twitter and in doing so, handed over their twitter accounts to the band, who could change their profile image, profile background and send out tweets on the fans behalf. In exchange fans were given access to a live Spotify album listening party, with a live video stream with the band.

As well as the campaign sites, we also designed and built the official site to house all things 5SOS. Due to the extremely high regular traffic, the site needed to be robust and optimised to ensure it can stand up to to huge visitor spikes, especially around announcements. Other projects for 5sos include, creating a google hangout where fans could wear 5sos hats and masks, and a 5sos tour digital scrapbook, where tour content was added around each tour event. 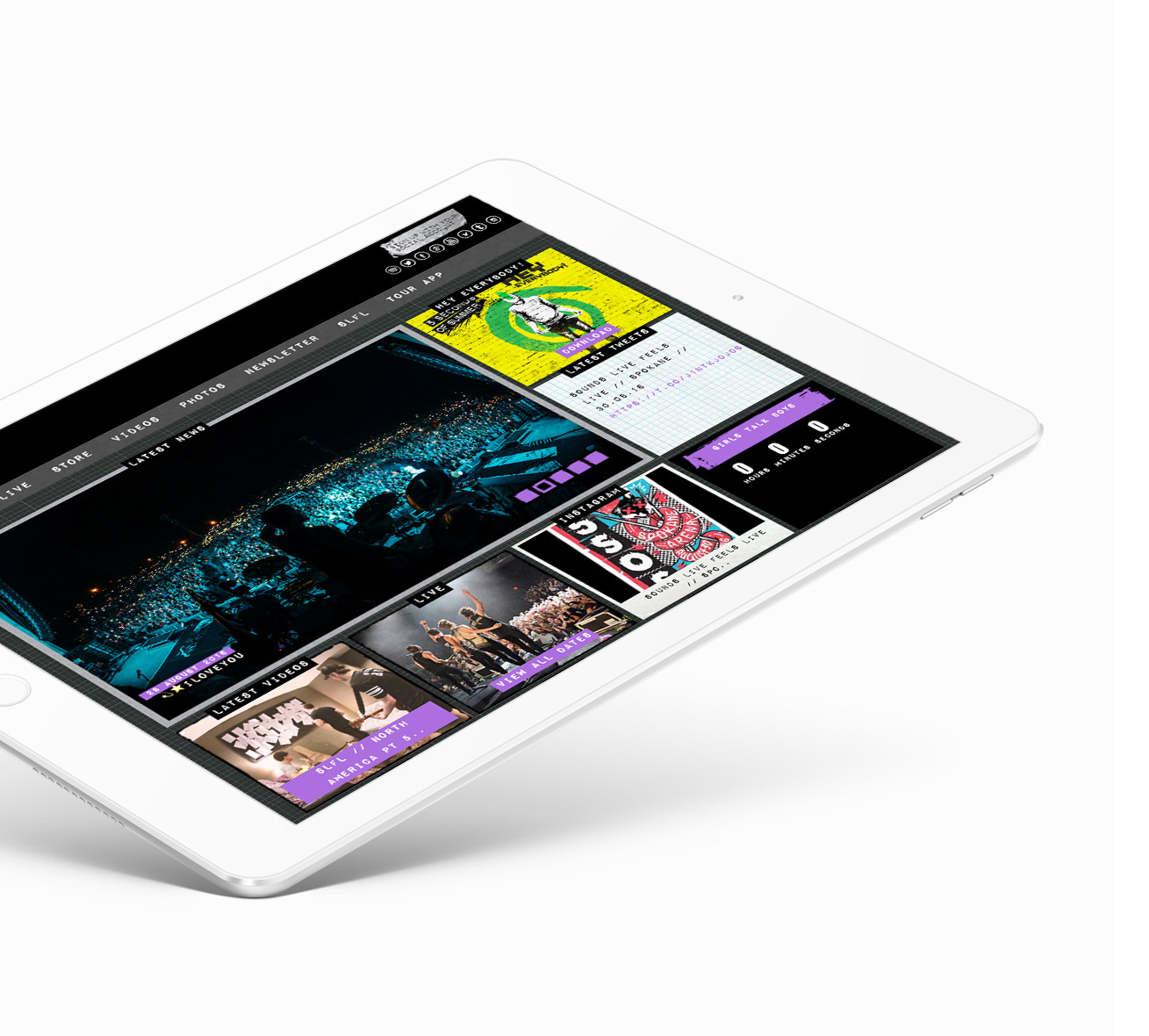 Maybe you've seen the name, maybe they're a complete mystery to you, but one thing is for certain: 5 Seconds of Summer are here, and they're huge! 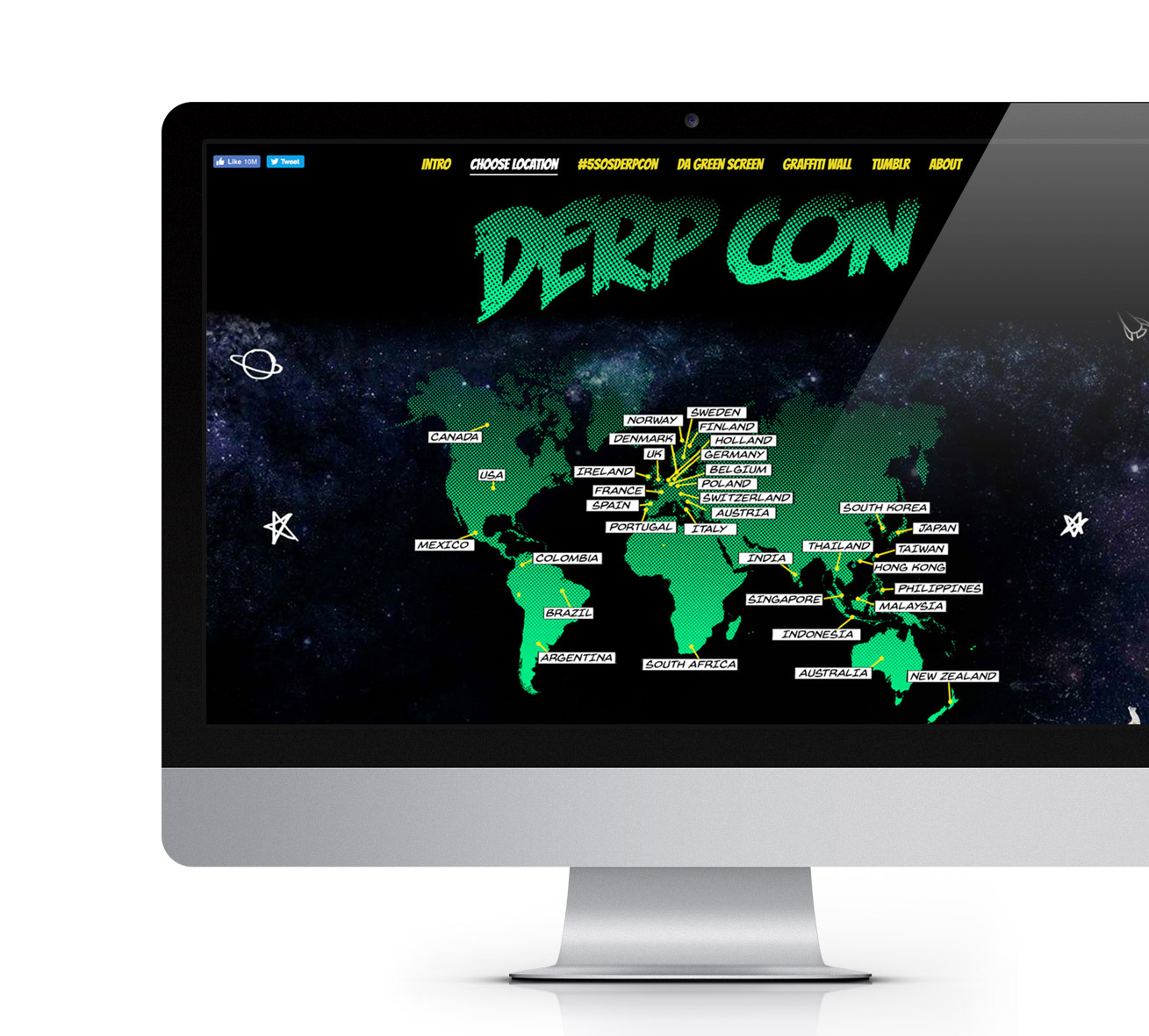 Despite the fact that 5SOS only gave their followers about 12 hours of warning for Derp Con, the announcement still managed to trend worldwide. Think about it -- they can literally just do that.